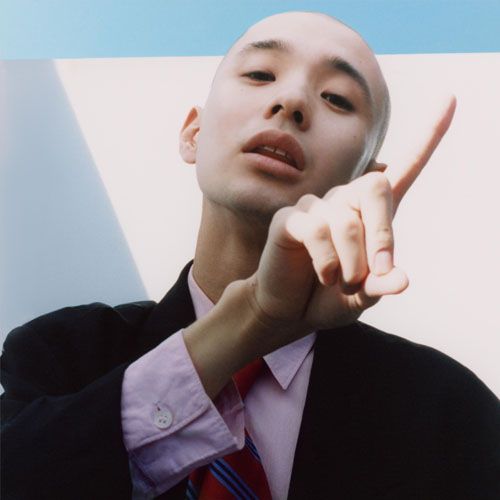 On 2018’s ài qíng, Tokyo-based rapper Kid Fresino established his own fresh style, combining elements of dance music, house and wonky with hip hop. Two and a half years later, he’s incorporating even broader genres into his sound – 20,Stop It., including elements of styles such as ambient, trap and post-rock, is an even more collaborative work.

There’s an extensive and impressive list of production and feature credits on 20,Stop It., from live band members such as Jungo Miura (Petrols), Takuro Saito (Yasei Collective) and Shun Ishikawa (Millenium Parade, Answer to Remember) to production from Object Blue, Seiho and jjj.

Even more impressively, many on the credit list have never previously featured on a Kid Fresino album. Names like Ayano Kaneko, Hakushi Hasegawa and JAGGLA are beyond the scope of Fresino’s previous work, surprising names that show Fresino further outside of his comfort zone than at any other point in his career so far.

A great example of this newfound ambition and versatility comes with Fresino’s collaboration with JAGGLA, a streetwise rapper from Osaka. On “Jiken” Fresino raps:

“We'll bring you only good news / We've had enough of the sad news, we know the sadness of not being alone / I'll hold your hand on the night you want to be alone / I can't stop thinking in my head / How will we die, will we live with our heads in our hands?”

Fresino, combined with the powerful rapping of JAGGLA, creates a narrative out of “Jiken” and conjures two protagonists with different personalities. But, significantly, he also does so using the Japanese language. 20,Stop It. sees Fresino use Japanese to express his experiences and ideas far more frequently than in any of his previous works.

“I’m sad I can't smell summer anymore / I'd like to find something new, just for the sake of it / A sunny day, more and more lessons / In the blink of an eye get a rain check lightning, today’s plan falls”

Kaneko’s feature, meanwhile, brings out the song’s scenery and warmth. While she and hip-hop may always have seemed stylistically distant, she, Fresino and his band come together to create a strangely harmonious track .

“Youth” then sees Fresino work with Hakushi Hasegawa, an internet-based singer-songwriter whose beautiful high-tone vocals and music incorporate styles like electronica and jazz. Although Fresino and Hasegawa work in different fields, they’re similar in that their music is cross-genre, while their lyricism finds commonality in its symbolism. Together with the cold, clear tone of Atsuko Hatano’s strings, “Youth” seems to express ephemeral youth – in all, the collaboration is a natural fit.

By composing songs with so many guest performers, all of different styles, Fresino breaks the shell of his previous musical world. But there are also other ways in which he tests his ambition throughout italic text “Rondo", a lead single, is one of Fresino’s more unusual tracks. Usually known for his percussive rapping in a mixture of English and Japanese, on this track he sings – and sings well. Atop a nostalgic acoustic beat, Fresino sings freely and lightly. He almost seems to fly away, yet this is his new persona: unrestricted by a rigid style, free to adapt to any beat.

Meanwhile, “No Sun”, born out of a band session, is similarly genre-less. Fresino has been working with bands since 2017’s Salve, but here he further complicates that sound. Initially, the song’s dry drums and rhythms seem to reference Nicolas Jaar's "I Never Dream" before the steel pans and bass play give the track a fantastic new dynamic.

20,Stop It. shows Fresino more free-form and unpredictable than ever, an album that can’t really be judged by any single genre. It’s something to be chewed on, little by little, over numerous listens - an entertaining, free work and a whole new kind of music for Kid Fresino.