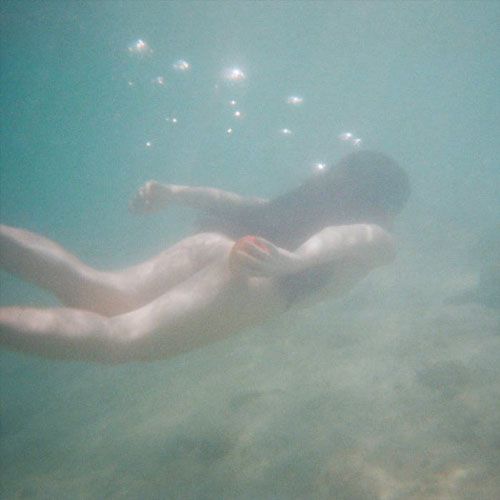 Fresh from launching her independent label Hermine, Ichiko Aoba has released two albums in 2020. The first was “Gift” at Sogetsu Hall, a live recording that celebrated the 10th anniversary of her debut. Consisting of just songs and a guitar, it was, so to speak, a summary of her past ten years.

The second is Adan no Kaze [Windswept Adan], a studio album. Taking its name from Adan, a tropical plant native to Okinawa, Aoba explains the record as “a story about a southern island and the soundtrack of a fictitious movie”. Based on a plot written during a stay at Okinawa, the film takes her from singing and playing guitar towards a new era of songwriting and storytelling.

Adan no Kaze differs most from Aoba’s previous studio albums in that it is based on a folk-infused chamber music performance, rather than simple folk. It’s a style that she has tackled previously live; but here she fully incorporates the compositions and arrangements of Taro Umebayashi. Mostly known for his anime soundtracks and commercial music, Umebayashi gives Adan a rich mellowness that resonates with orchestral, bossa nova and Okinawan folk styles. His variation of tones give a more florid impression to Aoba’s work, though Adan also maintains the dignified, simple appearances of her previous albums.

The opening “Prologue” begins with the sound of drones and waves swaying. Much of what follows is coloured by guitar, bass, violin and piano, delicately constructed and gently intertwined. The ensemble weaves between embedded field recordings and ambient tracks to create distant, deep scenes of bougainvillea blooming, palm trees sagging, and light pouring through the waves.

Free to flit or swim around, the sounds of untouched nature and innocence seem to blend with the pale atmosphere. Aoba’s music feels like scenes from a paradise beyond the imagination, yet those scenes are also of real, contained lives and beginnings. While Adan contains mystical moments of folktales and chants, Aoba’s voice resonates near and within – an ever-pulsing human touch.

Adan reminds us of things more fundamental and bare-skinned about the basic nature of living things: the transcendent beauty of songs, voices and sounds; and the restful sensation they produce. In other words, Aoba’s fresh but nostalgic sound reveals a purity in her listener, even those affected by the likes of attacks, disparities and infectious diseases, and focuses them on the inherent diversity of life itself.

Adan appears to give listeners this space to reflect, a place to return to that is interwoven with fantasy, spirit and realisation.  On Aoba’s tropical island, between the warm sunshine and cold seabed, I can’t help but think about the birth of all life: how we’re all born with differences, no two lives are the same, and, in the past, present and future, this will always be the case.

While Aoba describes Adan as a fictional soundtrack, she also notes that her depicted island intends "to access the shimmering crystals that exist in the middle of our hearts, the same shimmering crystals that have been there since we were children". As well as embodying the challenge of a different approach, Adan extends beyond the usual plot-driven soundtrack to remind us that sounds and words can shimmer and flutter in each of us. Like a new creature finding its feet in this chaotic era, Adan no Kaze is the perfect album to open the curtain on Aoba’s activities in the 2020s.