JYOCHO probes the kaleidoscopic array of stories, influences and interests that have combined to make the band icons of modern math rock.

Few bands can claim to be the flagbearers of contemporary Japanese math rock with quite the same confidence as JYOCHO. Their spiralling, hypnotic blend of progressive rock and hooky pop is clearly descended from math rock’s rich, lengthy history in Japan, yet it also forges a new path for the genre, distinct from the group’s peers.

Daijiro Nakagawa orchestrates the group’s delicately jaunty and melodically overflowing compositions, an escalation of the sounds and styles of his previous outfit Uchu Conbini. Nakagawa’s tracks capture the rhythmic variety and complexity of math rock but also show an affinity for Midwest Emo, the American emo offshoot distinguished by its arpeggiated guitars and heavy indie rock influence.

JYOCHO’s arpeggios weave texture while the depth of instrumentation, particularly Hachi’s flute, gives the music almost a pastoral, folk-like feel. Too complex to be described as simply ‘pretty’ or ‘serene’, the group offer an escapist vision of math rock in one of its newest and most essential forms.

So far, JYOCHO has released one album, 2018’s Utsukushī shūmatsu saikuru [The Beautiful Cycle of Terminal], plus several EPs. Their latest single, “Gather the Lights”, was released in March and this summer the band has embarked on a series of performances in their native Kyoto titled the Machiya Sessions, in which they play concerts in some of ancient capital’s typical wooden townhouses.

Following all that, we caught up with the band to navigate their musical foundations, standout music memories and other hobbies.

First song you learnt to play?

Daijiro (guitar/chorus): "Ishin Denshin" by ORANGE RANGE. I sang it at karaoke and my brother taught me how to play the guitar. At that time I was practicing only "Ishin Denshin". I couldn't play it, so I was discouraged from playing the guitar for a while after that.

Netako Nekota (vocals/keyboard): I took classical piano lessons at a very young age, so my first song was from a textbook. I don't remember the first one, but it was Burgmüller and others.

hatch (drums): Deep Purple's "Black Night" or "Smoke On the Water". After I graduated from junior high school, I went into the studio with the only other guitarist in my class, and I think that was the first song we played.

Hachi (flute): I took classical piano lessons, so it must have been Beyer or Burgmüller.

Daijiro: ARASHI NO.1 by Arashi. I still like it very much.

hatch: Mizukane by Aobozu. I used to borrow it from a friend or rent it from a shop, but it was the first album I bought myself.

Hachi: I've come across this question several times before, but unfortunately I don't remember. I've always loved CDs, I listen to them on streaming, but I also still buy them in CD shops.

Daijiro: "22 Sai no Wakare" by Kaguyahime, influenced by my father.

Netako Nekota: Song from the above album (X Japan’s BLUE BLOOD). At that time, I had a soft mohawk with red hair and my fashion was visual-kei and punk.

sindee: BACK DROP BOMB’s "CLAP", because it was the song I listened to the most in high school.

hatch: "Eternal Glider" by Asian Kung-Fu Generation. It isn’t because of the lyrics, and I’ve never copied it, but for some reason it reminds me of an era of light club music.

Hachi: Duke Ellington's "Take the A Train". At that time, I used to play big band songs in our local orchestra – but originally there weren’t any flutes in big band...!

Which song changed your life?

Daijiro: Kotaro Oshio's "Fight!”. I was influenced by him and I still respect him.

Netako Nekota: Songs from the album i,i . In a word, I received a new band concept and it was very inspiring.

sindee: Pele’s "Crisis Win”, Ghosts and Vodka’s "It's All About Right Then”, and Mice Parade’s "Open Air Dance”.

hatch: Jojo Mayer & Nerve's "Far". Strictly speaking, not the studio version but a live video from Modern Drummer Festival 2005. The style of drumming was astonishing – I had never seen it before.

Hachi: The music of SAKEROCK. I was fascinated by their loose and peaceful music from the moment I first encountered it.

What song do you wish you had written?

Daijiro: "Never Meant" by American Football, which was one of the songs I listened to most when I started a band. It still sounds great now.

Netako Nekota: Radiohead’s "Spectre”. The type of instruments applied to the song, the phrase idea, the development, the expression... everything is beautiful.

sindee: American Football’s "Never Meant". This song is very important to me – perfect and very beautiful.

hatch: A song called "Taiyofu" [Solar Wind] by CASIOPEA. CASIOPEA is my roots, and this would be the song that makes me feel most comfortable to express myself.

Hachi: Pietro Mascagni’s "Cavalleria Rusticana". I first encountered it whenI was a university student and was impressed by how beautiful the music was. I'm so happy to have found such a simple yet profound piece.

What music would people be surprised to hear that you enjoy?

Daijiro: "Your Name Never Gone" by Chemistry. I've listened to this song for more than 15 years without getting tired of it.

sindee: Yellow Magic Orchestra’s "Kimi ni, mune kyun. (Uwaki na vacances)” [To you, my heart beats (A holiday affair)]. I admire this band the most in Japan. I love YMO so much that I submitted my graduation thesis on them.

hatch: I'm a drummer, but sometimes I get tired of the sound of drums. At night, I play Erik Satie's "Gymnopédies" on my car stereo and immerse myself in the sound.

Hachi: I don't know much about it at all, but I've been listening to a lot of hip hop lately!

Daijiro: I saw Quruli at the Miyako Music Festival and was very impressed. With JYOCHO, the Utsukushī shūmatsu saikuru [The Beautiful Cycle of Terminal] tour was the most intense and fun.

Netako Nekota: Bjork at Fuji Rock Festival 2013. I've seen many great live performances, but I never thought I'd see Bjork live, and I don't think I'll ever be able to see her again, so I chose her as the "best".

hatch: The double headlining show of Mouse on the Keys and Jojo Mayer & Nerve on June 22, 2012 at Shinsaibashi Compass. I am yet to see a live performance better than that. JYOCHO's best live show was in Singapore. There was so much enthusiasm and I felt a strong sense of unity in the venue. I wish I could be there all the time. 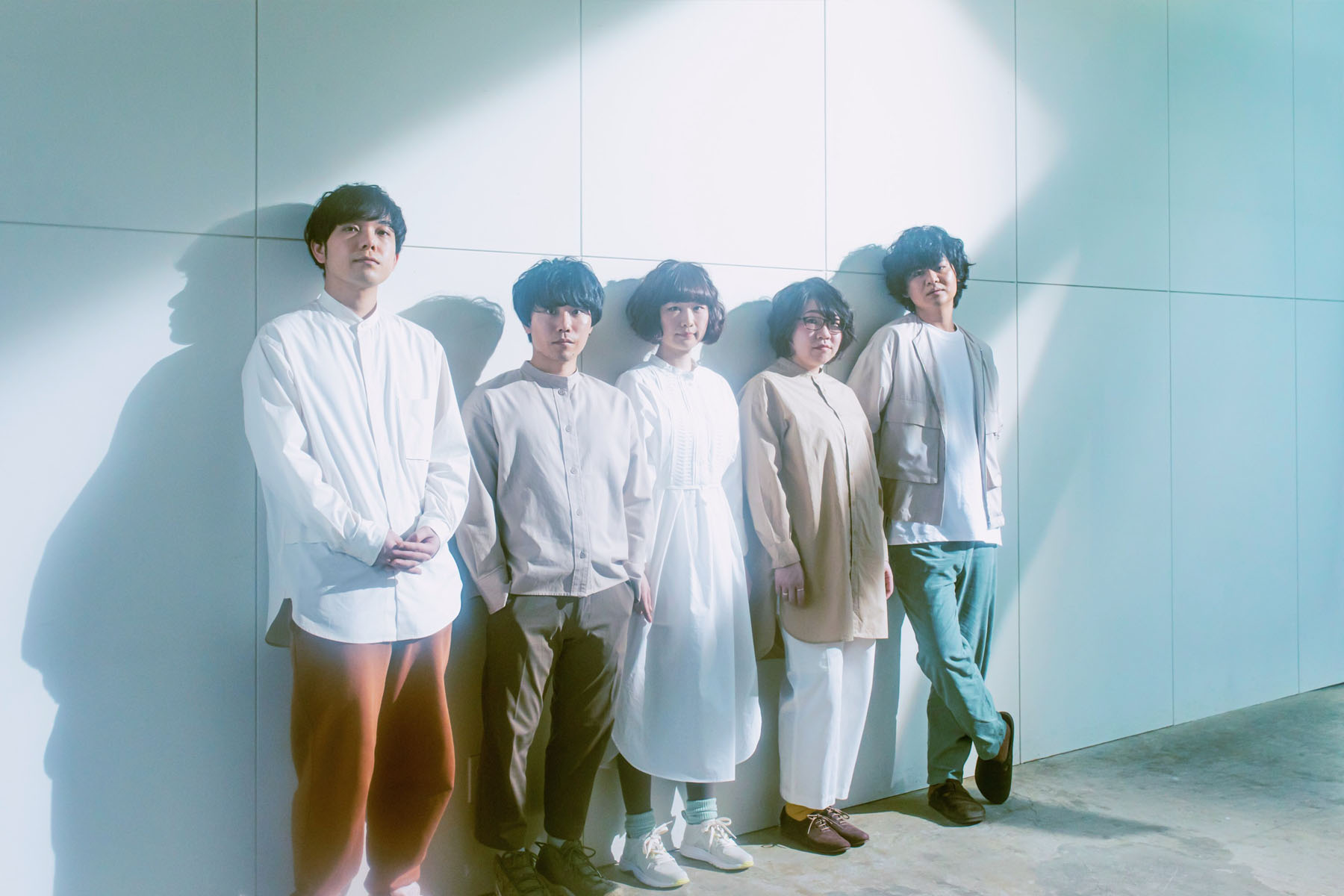 Daijiro: GROWLY in Kyoto. It's the place where I started – I learned a lot from it.

Netako Nekota: A live house affiliated to Rinky Dink Studio. It's been my practice studio and venue for the longest time and it's like home to me.

hatch: Osaka Umeda Shangri-La. The interior, the capacity and the sound are all my favourites.

Hachi: The Symphony Hall in Osaka is my favourite classical hall. As for live music venues, I like Juso Fandango, although it has moved now.

What book are you reading?

Daijiro: Cycles of Time: An Extraordinary New View of the Universe by Roger Penrose. I'm taking my time to read it for the second time.

hatch: I don't read any books these days. If it’s manga, I’ve been reading the Baki the Grappler series, which shows a lot of things that can be applied to drumming.

Hachi: I don't have any particular book that I'm reading at the moment, but I like picture books and illustrated books, and whenever I stop by a bookshop, I tend to stop and look. 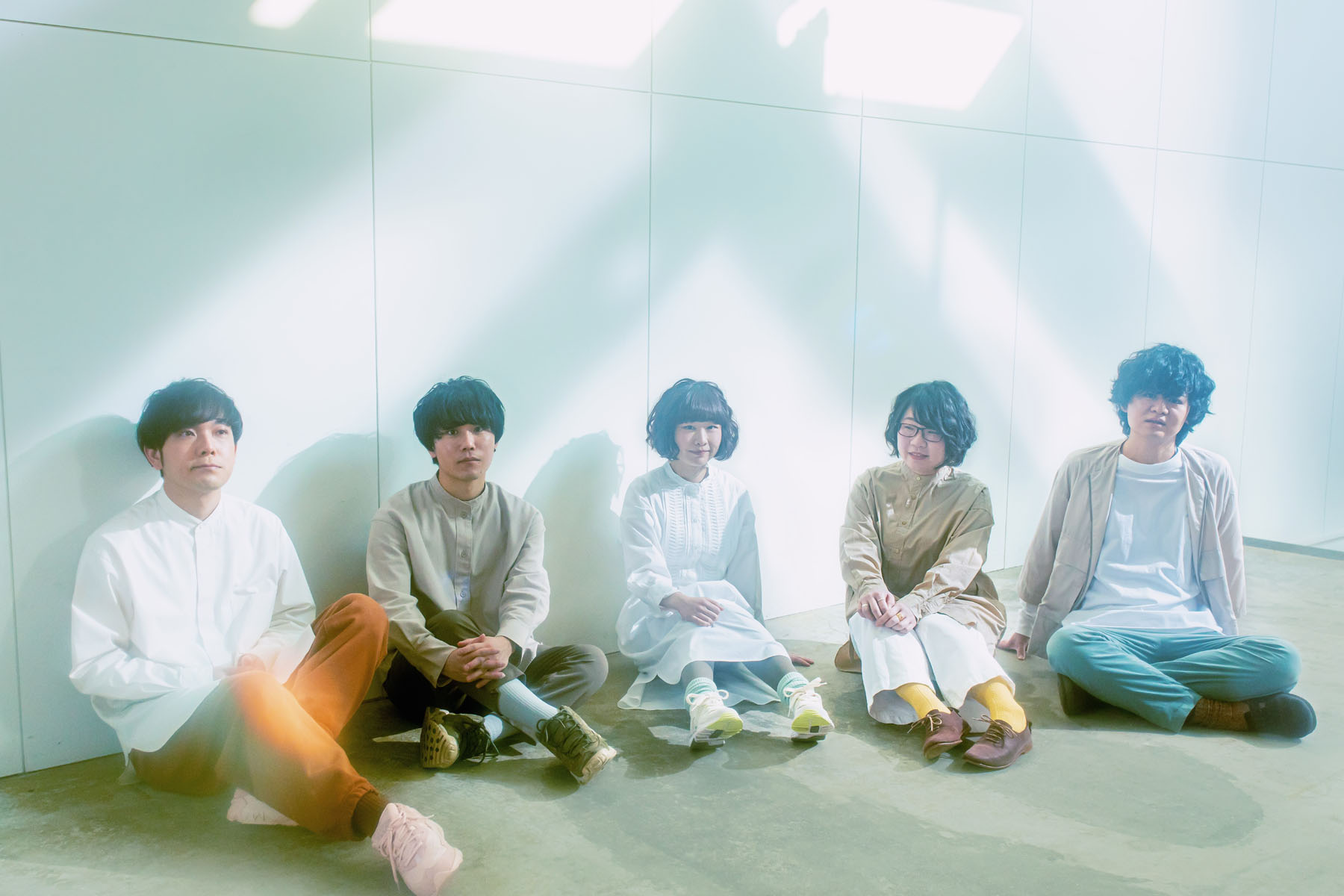 Daijiro: I like Japanese and Italian food. Sushi is my favorite.

Netako Nekota: Since I can remember, I've had an unwavering passion for ramen.

Last film you saw in the cinema?

Daijiro: Tenet – it was interesting.

hatch: Shinkaishaku Sangokushi [The Untold Tale of the Three Kingdoms]. I went to see it because I wanted to see a movie that I could laugh at without thinking about it, and it was great.

Netako Nekota(Vo/Key): Patch Adams. It was the first film in my life that tugged at my heartstrings.

hatch: Princess Mononoke. It's one of my favourite films but I didn't get to see it in the cinema when it was shown and I thought I was going to die without ever seeing it in a theatre. Then I heard it was going to be shown again so I went, alone, to see it at a late showing.