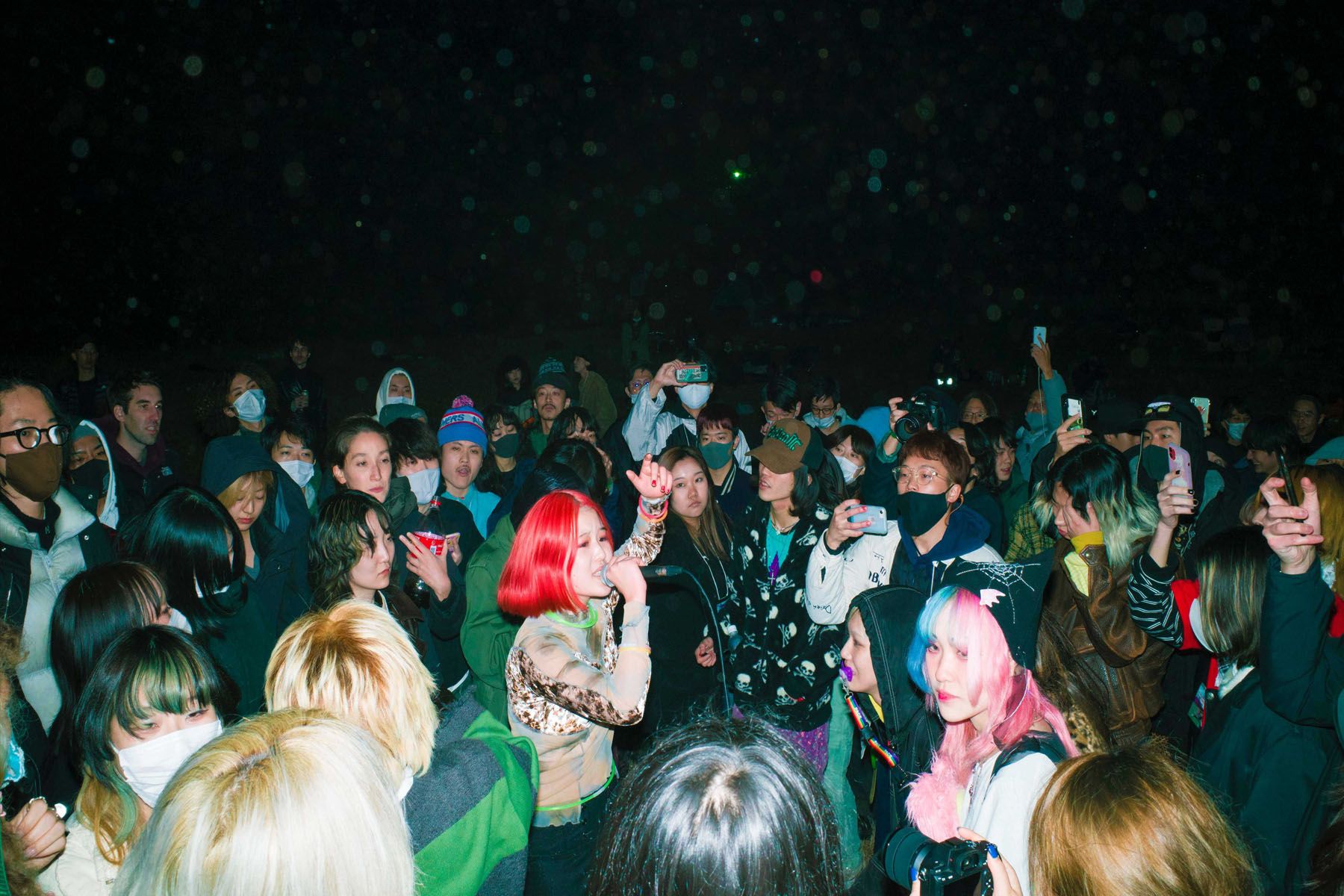 On November 15 2020, troops of Tokyo youth were heading to a secret venue deep in the gritty industrial area of Kawasaki. Clad in everything from purple leopard print flares to 90s neon tops, vintage sunglasses and double denim getups, the destination of these oddball kids was PURE 2000.

Starting at 6pm, the event’s statement was clear: PURE is open to anyone regardless of fandom, race, gender and nationality. 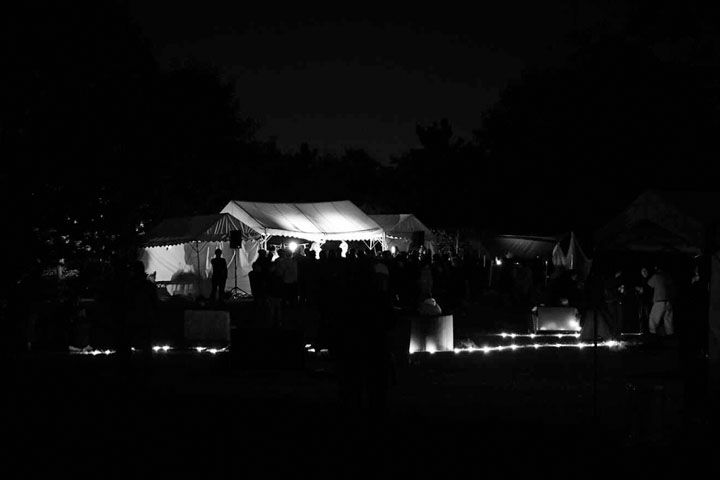 So where did the idea of PURE 2000 come from? In 2019, former Super Shanghai Band frontman Ken Truths met five-piece rock band Waater. All in their early twenties, the musicians quickly bonded over their artistic styles and attitudes towards the current Japanese music scene.

They had each spent their teenage years listening to iconic 2000s British and American rock bands like The Libertines or The Strokes and plucking guitars in their rural Japanese hometowns but, in the following decade, they had noticed a distinct lack of solid rock heroes joining the scene.

They agreed that there just wasn’t enough energy in Japan’s music venues anymore – and so they assembled SPEED, an artists’ collective. 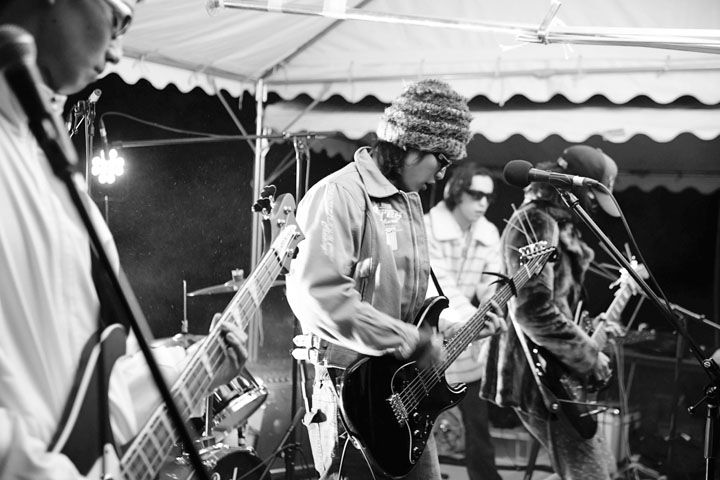 But it wasn’t just rock that was important to young Truths and the Waater crew. Growing up during the rise of the digital world, diverse genres of music were becoming easier to access than ever before. Many artists increasingly leant towards electronic sounds and the borders of music genres became more fluid.

In modern Japan, where stereotypes and categorizing are still strong and rigid (boys love girls, Japan is for Japanese people, rock music is for rock fans, and so on), the escape of musical fluidity seemed particularly appealing. 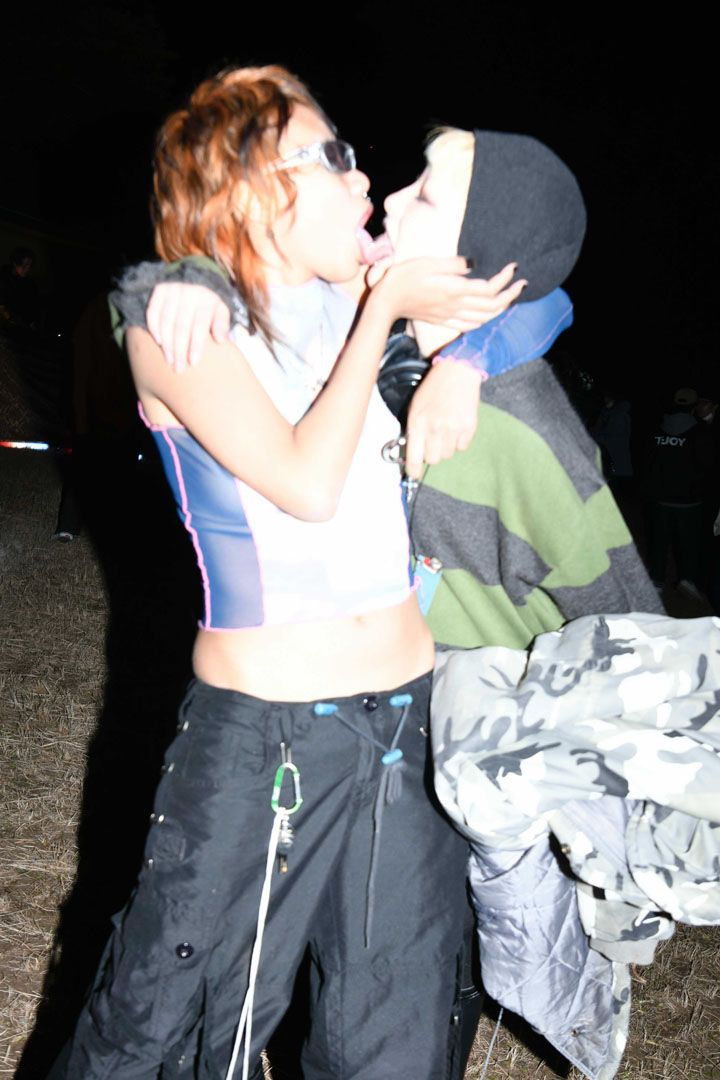 The young musicians started attending and hosting events in which more than just the music was fluid and unbiased. They found liberation from their society of labels and boxes. Sexuality, music preferences, age, job - nothing mattered. These spaces were purely for everyone to feel comfortable and free from the restrictions imposed upon them by Japanese society.

And so the SPEED collective and its event, PURE 2000, were born. Summarising the beliefs and values of Truths and Waater, SPEED became a genre-free space for DJs and bands from all musical spheres to gather and create their own vibes. 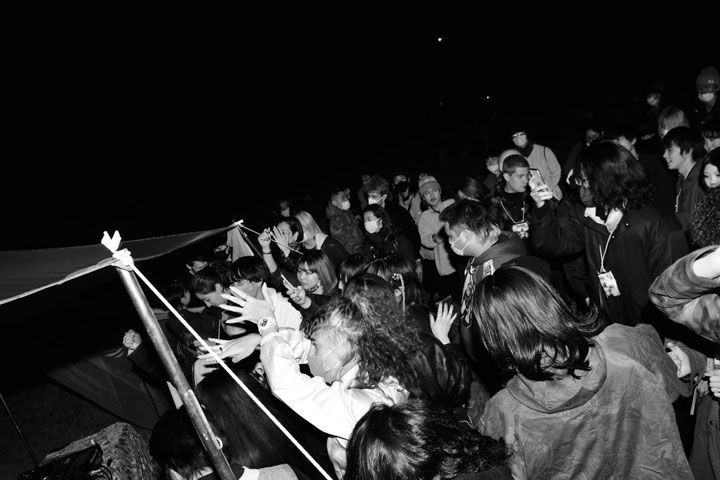 November’s event offered everything that millennials care about most in modern society. Freedom to express yourself, to embrace difference, to accept others. Freedom from capitalistic concepts of high fashion, business hierarchy, social status. Sure, PURE 2000 was held in a harsh industrial outdoor venue, on a wind-battered coast on a night that was below 10 degrees Celsius – but to these artists and their audiences, it was paradise.

The stages were at audience level, with no barrier between artists and the crowds. The energy, therefore, merged between the dancers, loudspeakers and musicians. To many, this was also the first event since the coronavirus pandemic put a stop to live houses and gigs – taking all of these factors together, one can begin to imagine the importance of PURE 2000 to its attendees. 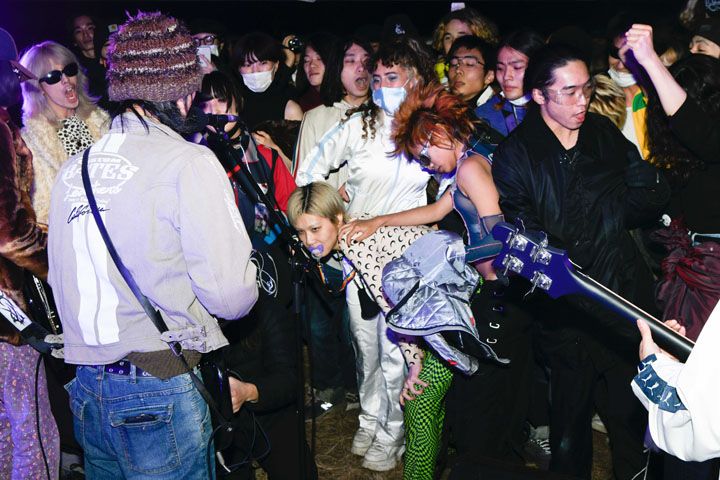 That atmosphere was felt by the performers, too. Ambient pop artist Tamanaramen sang to the audience “Live for yourself, whatever you are,” while rapper Jubee (member of renowned Japanese hip hop collective Creative Drug Store) described PURE 2000’s audience as “The coolest, most open-minded people who know how to enjoy any kind of music.”

Walking off stage, Jubee mentioned his hope that one day, this genre-blending rave could become a movement, and that the punk-esque youth subculture it stemmed from could make a huge difference to the world.

SPEED also gathered Japan’s young talents like the Psychoheads, as well as Truths’ newly formed band Luxy. Despite these artists not sharing the same styles, they shared the stage – and subsequently caused an intense mosh pit. 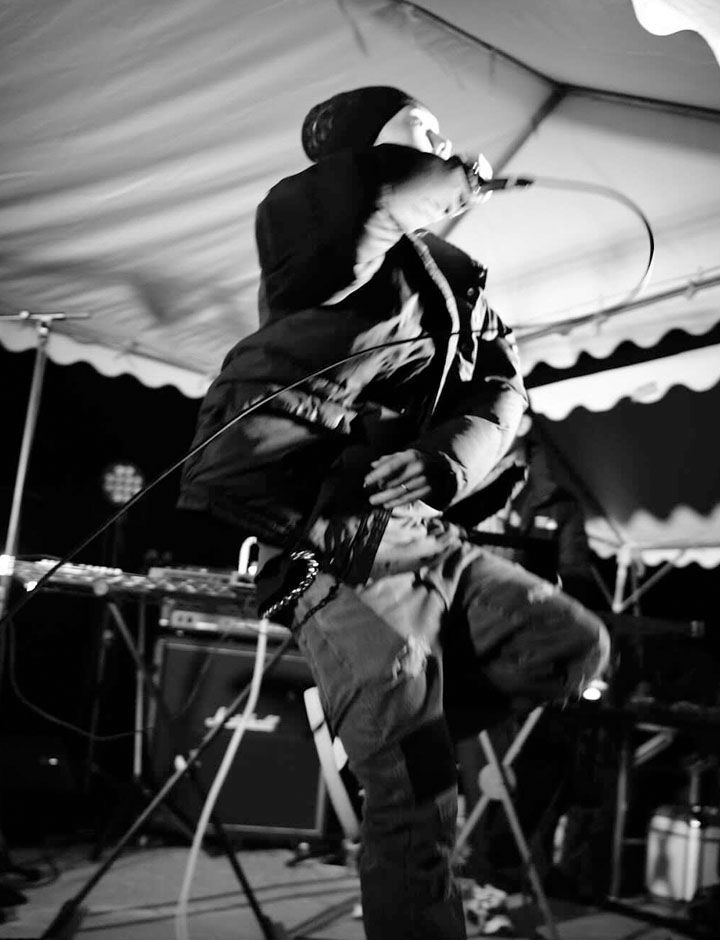 In many ways, this genreless rave party is Japanese millennials’ response to both the constraints of the coronavirus pandemic and the frustrations of Japanese society.

Japan is often criticized as being socially behind when it comes to deconstructing stereotypes and embracing differences. PURE 2000 was an act of defiance, a sign that Japan’s youth is paying attention to the current social problems, and voicing its disagreements.

In a country where any form of protest is seen as taboo, the SPEED collective breaks from the passive majority. Although SPEED is barely one year old, and although it was born into the coronavirus pandemic, the collective has already managed to host events and build a strong band of followers and musicians.

Creating and embracing a new culture and identity, SPEED, true to its name, is racing through Tokyo’s millennial youth and rapidly shifting the capital’s music scene.

All photos by Taku Urata