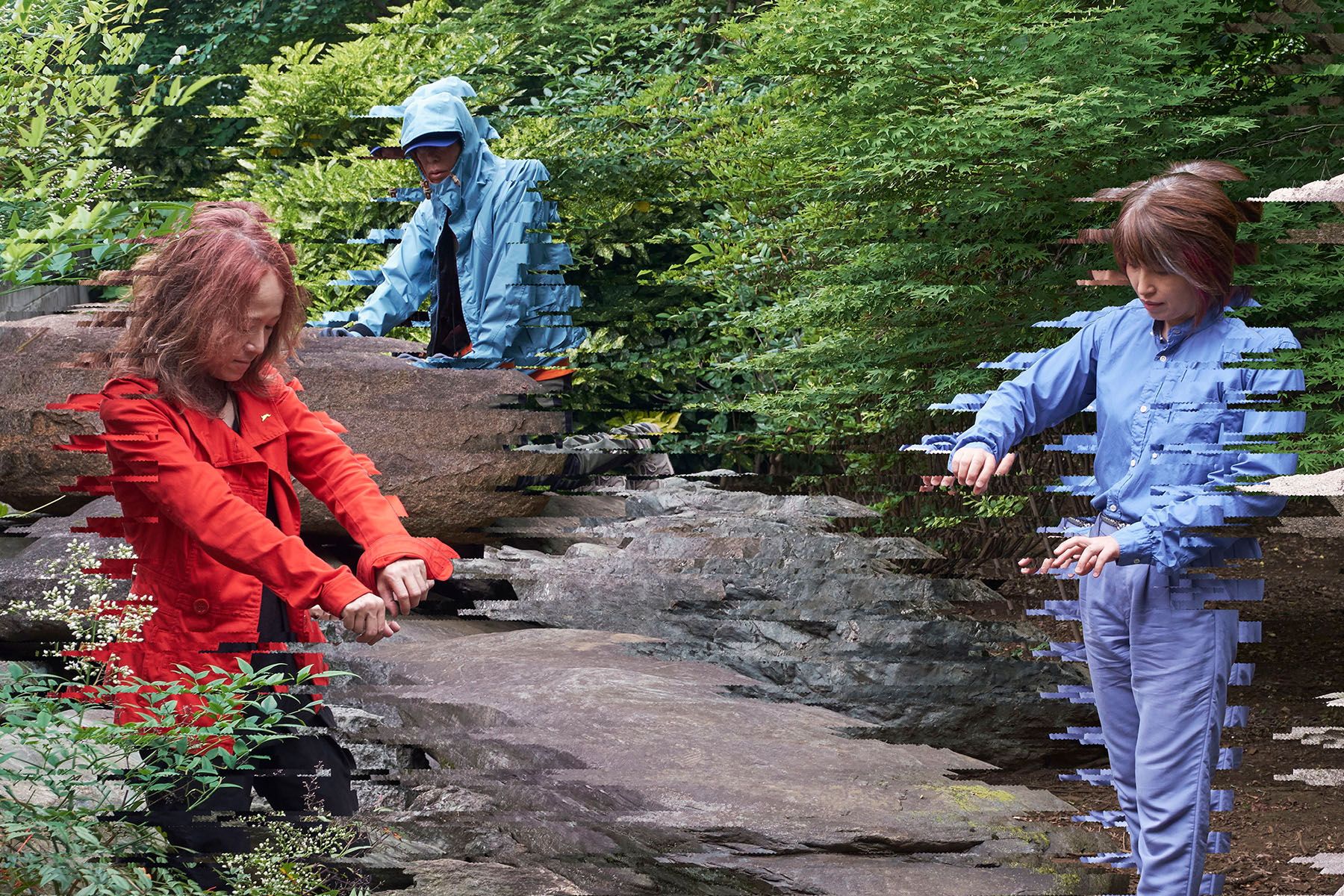 Buffalo Daughter’s eclectic mix takes the Glow through the music on suGar, Yumiko and moOog’s minds during the making of their most recent record, We Are The Times.

Buffalo Daughter’s latest album only furthers the range of that eclecticism, teasing elements of free jazz and glitch. Released in August, We Are The Times is exactly as bold as its title suggests, channelling three decades of musicianship into intriguing sound experiments and an urgent environmental message. You can check out Buffalo Daughter’s Bandcamp page (and the separate page for We Are the Times) to properly support the group.

Describing the subsequent playlist theme as “Buffalo Daughter’s thoughts on We Are The Times and the times we live in,” the trio further elaborated:

“We (suGar, Yumiko and moOog) picked two songs each for the playlist. Every person’s thoughts are different, even in Buffalo Daughter. What makes the world interesting is that other people’s thoughts and ideas give you unexpected insights into your own.

That’s how we created our album We Are The Times. Throughout the journey to make the album, we collaborated with various musicians, sound engineers and the visual artists. It may seem like it took many years (it took seven years from the last album’s release), but we want to say it was a necessary seven years.

We totally enjoyed and loved the ride, and now we’re happy about how the album has landed. Hope you’ll enjoy this journey, too.

You’ll see how different each member is from our playlist.  Differences are fun.  This is the time we live in.”

When we first started working on the album around 2017, I was personally digging for a new post punk revival. There was definitely a post punk era atmosphere at that time in the world we lived in.

I heard this song recently for the first time but loved it instantly. There’s a lot of space and a simple structure to the song; the lyrics pierce into your heart and the riffs are looping in your ears.  I'm glad that this type of music is coming out of the Japanese younger generation so easily, like it's nothing at all. This is 2021, y’all, not 1981.

I’ve loved listening to Swarvy’s album Stunts Vol. 1-4 while at home and out, morning or night, in the last couple of years. This sounds like new soul music to me, with some spice of psychedelic twists. The nostalgic ‘70s feeling in his sound production somewhat reminds me of Khruangbin (which I love, of course) and such feeling is definitely much needed in the world we live in. They let me find my personal comfy place.

I wanted to recommend the DJ performance, but there may not be any of this song, so, I picked this video. This DJ is great. The mix of house, techno, and minimalism is just right and a hit for me.

London is a city I’m familiar with, having been there several times, but sometimes when I was traveling alone back and forth between Paris and London for tours and recordings, I felt somewhat helplessly lonely, and I was listening to this very elegant and beautiful song from a movie set in London to lift my spirits. (This lonely feeling is reflected in the melody of the song from our album Jazz)

This music and lyrics perfectly synchronize with how I'm feeling right now. This song makes me calm whenever I play it.

I was blown away by this evolution of beatboxing. Everything he wears and those in his room is also interesting. I'm still not sure how these two songs are related to Buffalo Daughter's new album, but that's why I listen to them again and again.