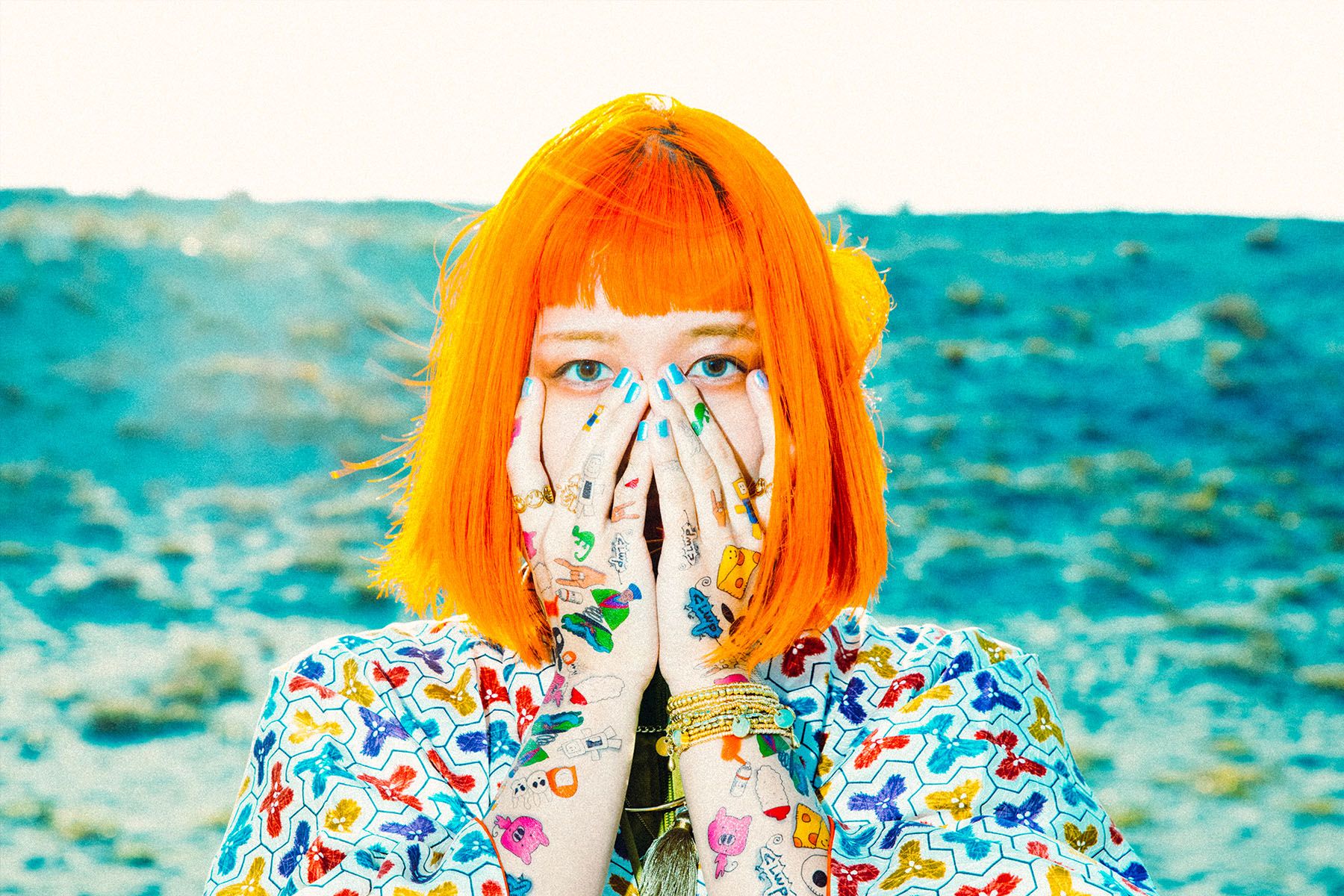 Everything about Chameleon Lime Whoopiepie blares – and blares loudly. The band name (and the fact that it’s usually stylised in all caps); lead singer Chi-’s neon orange hair; the project’s blindingly vibrant and/or head-scratchingly surreal album covers and music videos. All are pointedly, resolutely noisy.

CLWP was formed when vocalist Chi- met her bandmates, the anonymous and masked Whoopies 1 and 2, in 2016. Since then, the group have worked their way up from performing on the streets of Tokyo to their debut EP, Play With Me, released in February this year.

Chi-‘s playlist focuses on her musical history, from the nameless and faceless tracks from her childhood to the obsessions of her high school years. The resulting picks include a mix of firm classics, contemporary pop trend-setters and recent chart-toppers, each of which have combined to create her current sound.

When I was a kid, this used to be played at home and, when we went out, in the car too. At first I didn't know who it was, but when I was older I saw it on TV and found out it was James Brown's “Sex Machine”. Groove is the most important thing for me when I write music, and I think it’s because this song is at the heart of who I am.

At first I didn’t know of The Monkees – only later did I find out that this was a cover of a Western song. The lyrics and performances of TIMERS were outrageous (crazy, in fact!), I was surprised that there were such people in Japan!

The song sounded like an instrument – I was impressed by how much groove you can get out of a single song. I was so happy to find it, a song that made me start to groove from the bottom of my body.

I first found “Don’t” when I was listening to different songs on YouTube as a high school student. I used to listen to it all the time while commuting to school. Like with James Brown’s “Sex Machine’, I didn't know who wrote it – I only knew the name of the song. Somehow, I listened to it for about two years without knowing.

I was shocked by the groove from the very beginning, which is just too much for words.

I love the fact that “Brass Monkey” is cool but also very dorky (i.e. not cool); I don't know what it is about it, but it's incredibly cool.

When I first heard “Up”, I wondered what kind of rhythmic sense I had experienced!? It was so different from anything I'd heard before. The dimensions were different, and the moment I heard it, I was astonished.

The fresh groove of the chorus is comfortable and makes you feel great.