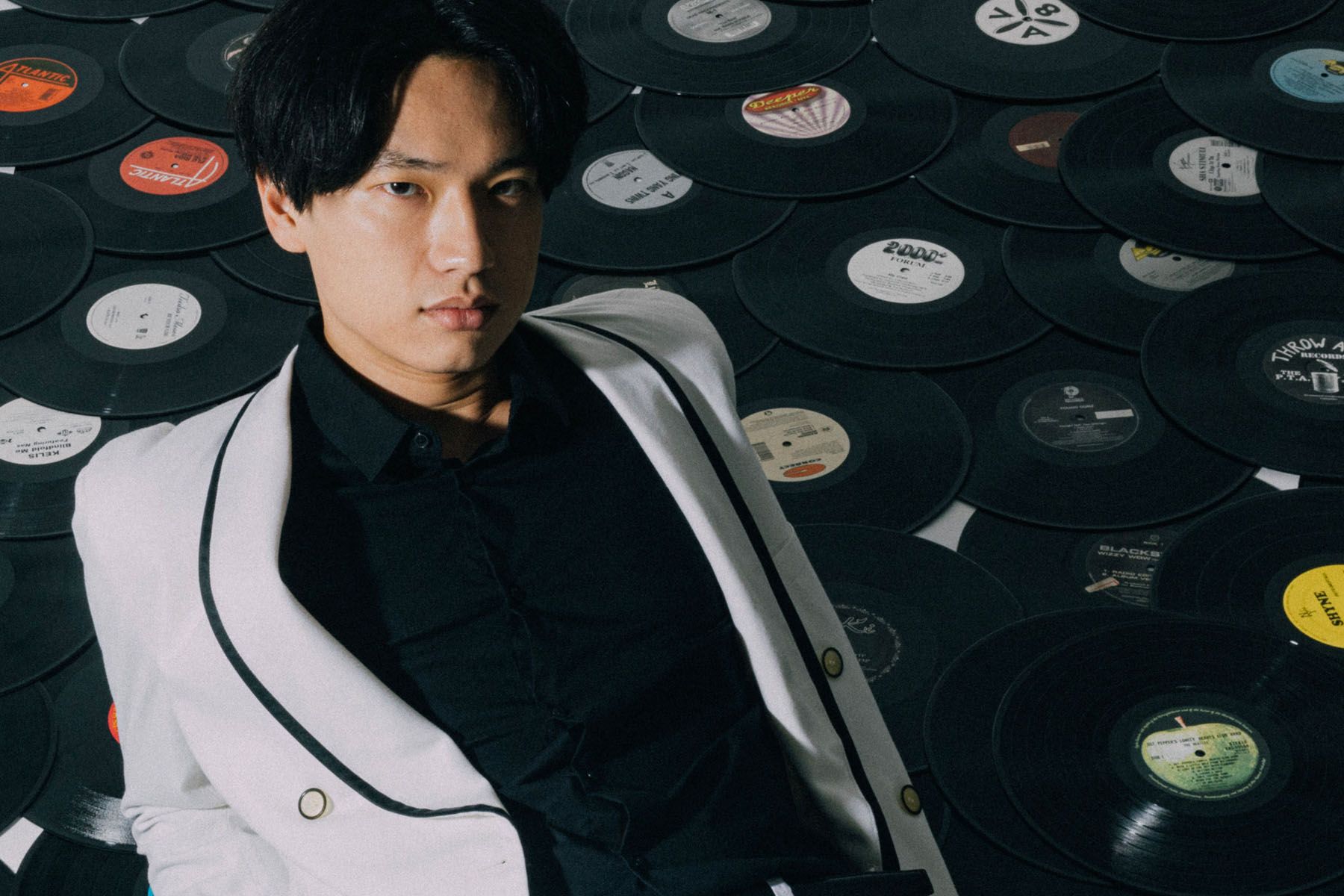 Daichi Hirose delves into some of the most successful pop tunes of all time, detailing their impact on his musicianship, from iconic guitar play to certain instruments’ throwback appeal.

The cover of Daichi Hirose’s upcoming album Embarking has him lying on his back, sprawled across dozens of LPs. The image could be read as a metaphor for the breadth of his music, or of its rich nostalgia for bygone times. Hirose’s pop reaches for the most opulent funk and synth sounds of the 70s and 80s, and occasionally entertains the energetic acoustics and popular blues of the 60s. Slapping bass, ever-rising synths and disco beats saunter through his tunes.

But Hirose’s musicianship goes beyond the appeal of straight nostalgia. Modern production and a strikingly loose vocal sets him apart – he’s glamourous but grounded, indebted to historical pop tunes but not beholden to them.

Following his solo debut (2020’s One and Only), July will see Hirose release his sophomore album, Embarking. In the search to figure out his new directions and influences, we caught up with Hirose to curate a playlist featuring some of his essential tunes, from old favourites to new influences. Here’s how he described his choices:

“My brother picked up an acoustic guitar and gave it to me when I was eight years old. At that time, my musical life started. I was always immersed in music because of my father, who really loves it. He played music in our living room, picking from his huge record collection – that memory has inspired me and still remains in the deep part of my heart. Let me explain how I’ve grown and how I’ve been inspired by a lot of great musicians.”

I remember that I really liked the album Layla And Other Assorted Love Songs by Derek & The Dominos when I was five or six. I was so moved when I heard it for the first time, I asked my father to put on the album again and again. The guitar combination of Eric Clapton and Duane Allman on the song is especially amazing and I’ve tried to imitate their guitar play so many times throughout my life. And now I’m still challenging myself to play the guitar like them. Playing the guitar is a never-ending challenge for me.

I was listening to The Beatles’ songs pretty much every day when I was in junior high school. The song that I played for the first time, on the stage of a cultural festival, was “Can’t Buy Me Love”. They’ve had a lot of influence on me, as well as other musicians. It’s so hard for me to pick just one song from their songs, since they have so many great songs, so I picked from my personal experience.

After leaving my previous band, I was thinking of quitting the industry. In 2018, I went to see Paul McCartney live at Tokyo Dome. I was so shocked by the first note, which was Fadd9/D of “A Hard Day’s Night”, I decided to start my career as a solo musician.

I was immersed in playing the guitar when I was a teenager, and I was particularly interested in blues guitar players such as Stevie Ray Vaughan, Jimi Hendrix and so on. I respected SRV especially, and practiced his songs every day. “Pride and Joy” is the song that I practiced the most. I stuck a “SRV” sticker on my guitar because I was so obsessed with him when I was in high school.

As I’ve often mentioned in my profile, interviews or wherever, I’m so influenced by Lenny Kravitz. His vocal is mellow, heartwarming and funky, and I think they’re important when I record my vocals. I focus on the rhythm or feelings of my vocal rather than its accuracy of pitch as a melody – that’s mostly because of influence of Kravitz.

“Thriller” has hugely influenced my new album, Embarking. As many of you know, the ‘80s disco sound is on-trend in these days, like Dua Lipa’s latest album Future Nostalgia, After Hours by The Weekend and so on. I guess most of the songs are influenced by Michael Jackson as well. On Embarking, I used the legendary rhythm machine LinnDrum and the synthesizer Roland Jupiter-8, which are both used in many songs that have an ‘80s feel.

Regarding new retro disco sounds, the first musician that influenced me was Mayer Hawthorne. I saw his live performance at Summer Sonic 2016 in Osaka. I was moved by a lot of great musicians such as The 1975 or James Bay but the biggest impact for me was Mayer Hawthorne. His funky retro sound is old school but obviously has a new feel. I copied entire parts of his songs including tone color and instruments – everything in order to get the same feeling.

I’ve used vocal overdubbing in pretty much all my productions – of course influenced by The Beatles or Michael Jackson, as I mentioned. But I’m also influenced by young musicians such as Charlie Puth. I love his voice and his piano sound, but the greatest part of his music I think is his overdubbed chorus.

In the last song of this playlist, I have to mention a Japanese musician I’m influenced by. Thinking about languages is definitely important regarding writing lyrics. English has the rhythm of English, and Japanese has its own rhythm as well. I’m influenced mostly by English songs, but I have to write songs in Japanese in order to convey my message correctly for Japanese listeners. Motoharu Sano’s Japanese lyrics broke the barrier of language rhythm. His vocal is so unique and I respect that.