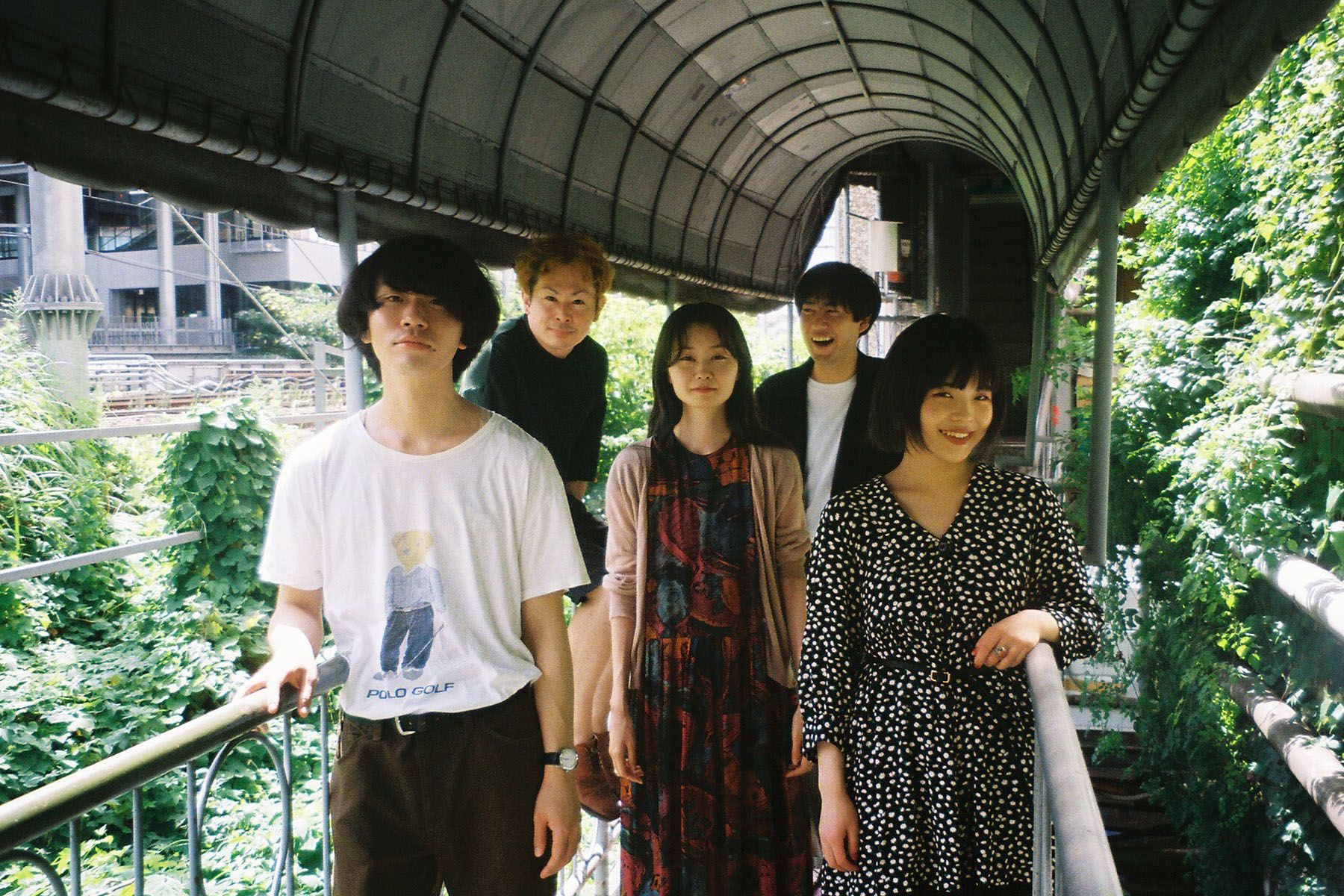 Within Daisansei’s quadrant of contemporary indie pop, the Tokyo-based five-piece draw styles from across the musical spectrum. Indulging in slow ballads and dreamy indie, chirpy neo-psych and ‘60s pop rock, the group’s sound is unified by one noticeable mood: that of boundless, unforced uplift.

Led by vocalist and guitarist Nobuaki Ayake, Daisansei formed in 2019 with a mantra of making pop music for outsiders, those without a “place to stay”. The group’s full-album debut Dorama no Dee [Drama Day] was released in 2020, a solid foundation and a pleasant, uncomplicated indie pop record.

2021 has since seen Daisansei undergo a noticeable change of pace. Each of the four singles released so far this year have added further variety to their sound. “Kyūsu” [Teapot] featured stranger time signatures and a more progressive structure; “Ebi” [Shrimp] ventured into disco-pop with a jittery, energetic vocal; while both “automa” and “Nukarumi Yama” [Muddy Mountain], showed Daisansei build real momentum and drama in ballads.

These progressions make Daisansei’s music more unpredictable but never inconsistent or volatile. And throughout, there’s always that sense of uplift, skyward and carefree.

In the midst of an exciting year for the band, we got together to learn a bit more about Daisansei. Bandleader Nobuaki Ayake talked us through some of the music that has most influenced him, detailing his first musical experiences and a few thematic, stylistic and cultural inspirations.

As a second-year junior high school student who was never imbued with listening to music, this is the song that first gave me the confidence to participate in the creative process. I always felt that Quruli had a cool, relatable image but, as I wasn’t (and still am not) a great student, RIP SLYME created a bridge between being cool and having a bad cultural rep. There is no doubt that this song was the starting point of my current activities.

This song really made me think about the existence of the sabi [appreciating the beauty that comes with age] in Japanese popular music. In much of the music we naturally hear in our daily lives, we inevitably get the feeling that the hook is only present as a flashy melody, but “Bara no hana” [Flower of Roses] convinced me otherwise, that a hook can lie in refrains of beautiful words and pauses.

I think our music consists more of pop songs with strong choruses, and I know it's very difficult to keep making that kind of music, but I think we’re doing a good job. The strength of our songwriting, the beauty of our words and simple politeness of our music blends into a unique texture – which is one of the main reasons we release our music.

This track inspired me to not want to let go of the universal beauty of the natural landscape and seasons. If I ever succeeded in climbing Mount Everest, it probably wouldn’t be easy to sing about the magnificent sea of clouds and the strong sunrise, but I could sing about taking off my thick gloves and wiping my frozen beard, about snorting and tasting the air. No matter wide the world spreads, the desire to sing about what is out in nature is buried in the soil of my heart.

Every time I listen to this song, it makes me tremble, and it makes me excited about what kind of flowers will bloom next.

You know, when you think of bands and guitars and all that... this might be one of the first songs that comes to mind.

We tend to arrange our songs with a lot of choruses, beats, percussion, modulation, tension – with a lot of complication – but this song showed me how density creates a sensation. The melody, the words and the chord work are absolutely part of the reason for this, but more than anything, this is a song that makes you believe in the magic of a full band. I want to be like this, but it’s difficult.

This song strongly influenced my words and lyrics. Recently, it’s obvious that my way of choosing words changed before and after I heard “Yoake wo sagashite” [Searching for the dawn] – though only I can tell.

As for the song, I can’t help but feel comfortable with its oldies feel, its feel good melody and musical notation. As a Japanese person, it’s very much to my liking, and I was so absorbed in it that I didn’t really know what to do. It’s the kind of song that if I could make it, it would be a job well done.