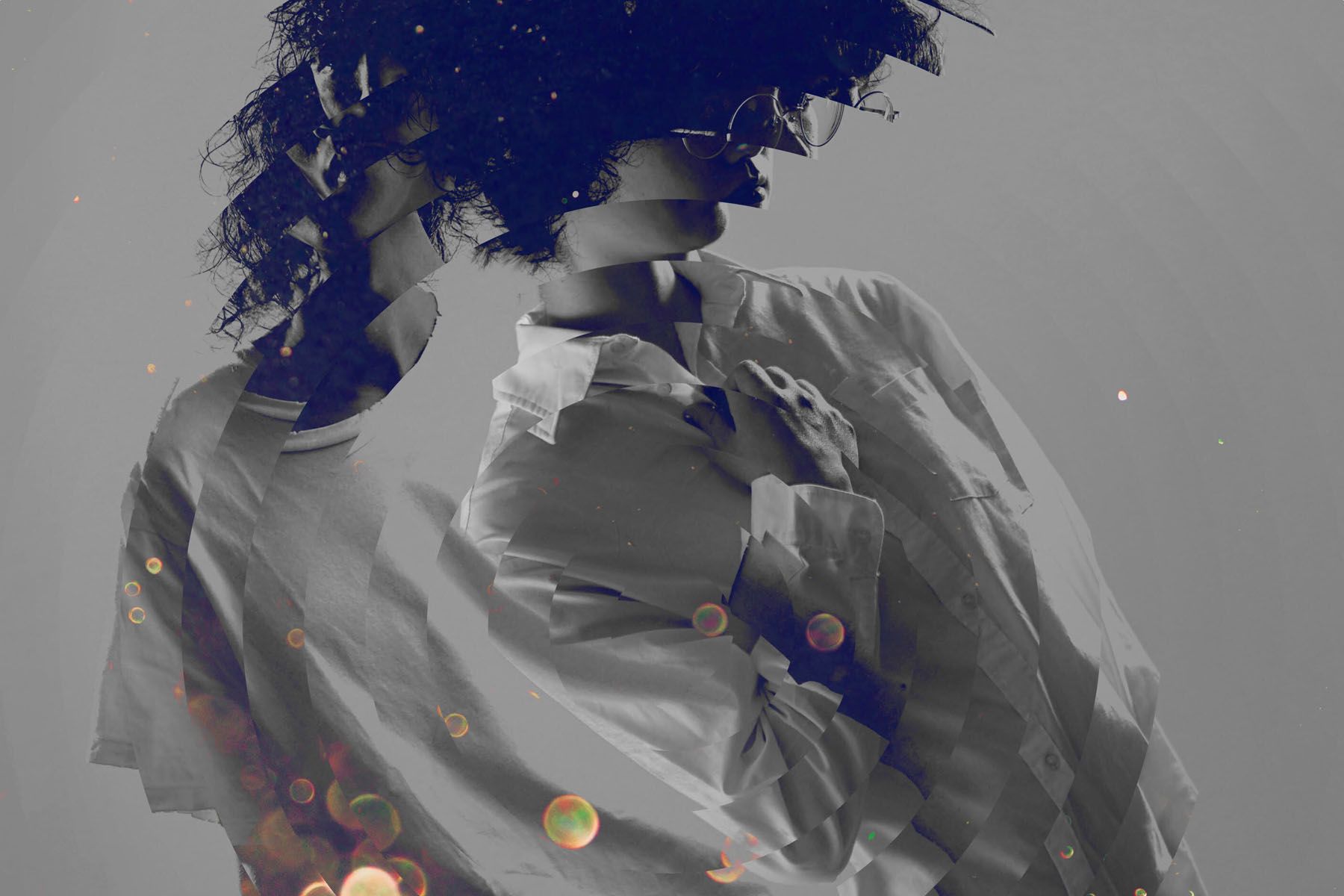 Dansa med dig’s playlist delves into the songs that are most fundamental to them as a band, from the track that inspired them to make music to particular chord work and songwriting ideas.

They might be one of 2021’s breakout groups, but the members of Dansa med dig (“dance with you” in Swedish) have been refining their sound for years. The group has gradually but surely laid roots for what it means to make dream pop in the 2020s, which means to say that they’ve ventured well beyond the genre’s roots and into separate styles of music entirely.

The group’s initial sound, as demonstrated on first EPs Handsome (2019) and Cold Air (2020), was echoey and pretty with synthpop glamour and an alt-rock drive. But it’s Dansa med dig’s most recent EP, Startrail, released in August, that has shown them with more urgency and identity. Startrail’s four songs see Dansa med dig remain handsome and atmospheric, but with added flourishes of electronica, more multitracking and greater depths of percussion and synthesisers.

We spoke with Dansa med dig’s vocalist/guitarist Igarashi and guitar/synthesiser player Kodaira to create a playlist that delves into the details of the band. The playlist theme is broad, venturing into the group’s inspirations, influences, sounds and techniques – it’s a wide-angled view of an exciting duo.

The 1975 is a mutual favourite band of ours, which inspired us to play music together. Their music is some of the most representative of the 2000s so far, taking the essence of the ‘80s and sublimating it into modern arrangements. A lot of the drum tones and phrases that are most important to us in our tracks are based on the 1975’s sound.

I've been listening to this band since their debut. They’re a Swedish group, and the entire reason I gave our band a Swedish name – that's how great their music is. I got to see them live in September 2019, which I had always wanted to do, and it was definitely the best show of my life.

Composed of a beautifully sad chorus in a minimal track, this is what I was listening to when we released “The Other Side”. The vocals are haunting.

The Japanese House’s vocal effects draw you in, the rhythm is lean, the use of spatial effects is excellent. The style of chord work of the guitar in the intro is something we use a lot.

Ride's most recent album is nothing short of cool. In these days of the ‘loudness war’ of sound compression, there are few pieces of music that appeal to me for their raw performance.

The second half of “Jump Jet”, where the guitar melody comes back after a quiet moment, is a must listen. We asked John Davis of Metropolis Mastering to master a track for us, and used this song as a reference for the sound of our track “Cold Air”.

The way they create rhythm tracks, the simple but memorable basslines, the use of voices in the intro melodies... Phoenix’s music always gives us plenty of songwriting ideas.

Thanks to MEW’s clean and uniquely high tone vocals, “Am I Wry? No” grabs my attention within seconds of it starting. Beautiful pop within rock songs like theirs is a theme of our music.

The Stills was recommended to me by another artist, and I fell in love with the band the first time I heard them. The vocal melodies on all their songs are just amazing. I wish I could have seen them live just once – it’s a great pity that they’ve already broken up.