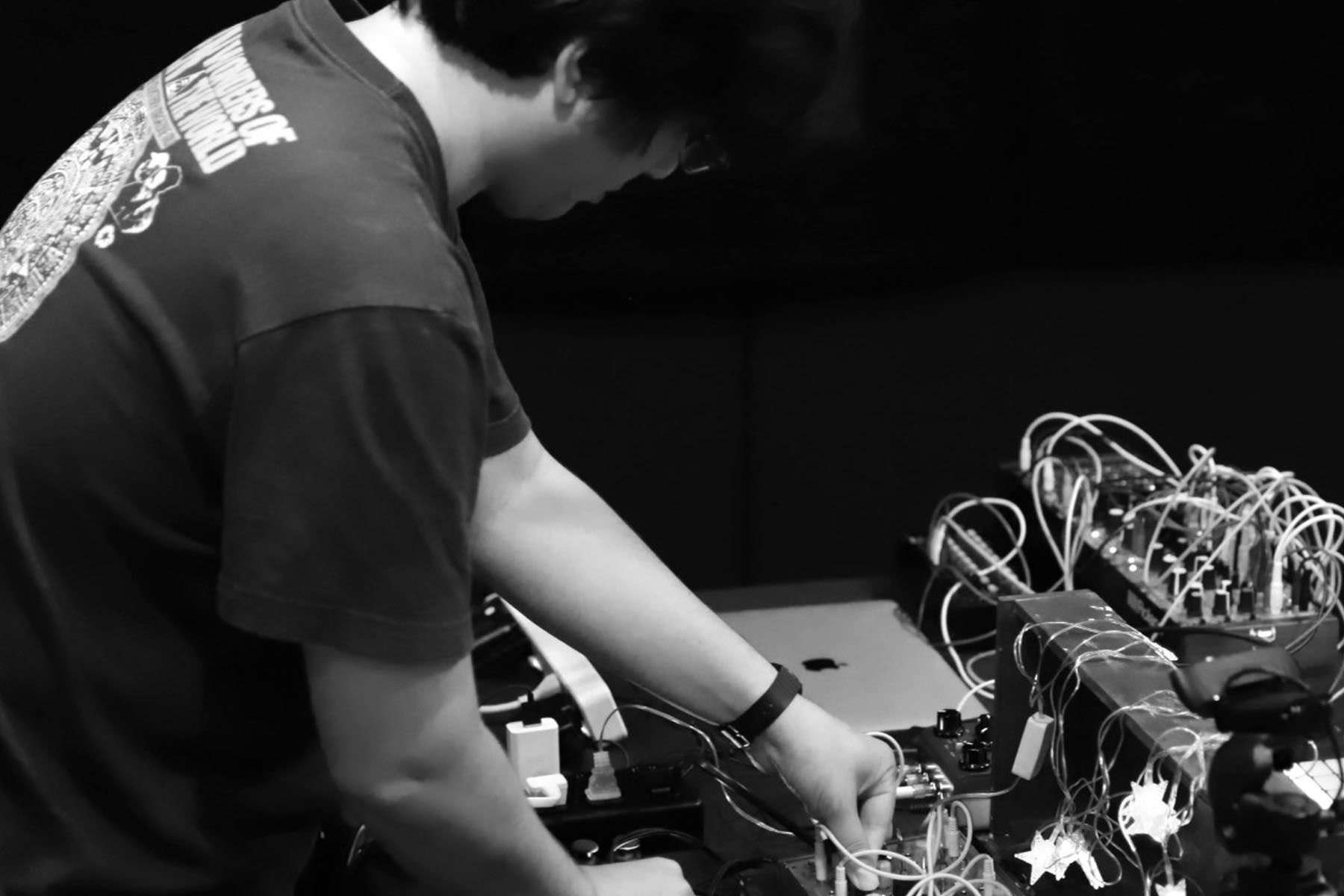 The electronica of dok-s project can vary in texture and tone, but it’s always meticulous. A stage name of Syusaku Deguchi, the project sees Deguchi illustrate moods and scenes that can be both kitchen-sink realist and brightly, cartoonishly fictional.

Following that release, we spoke to Deguchi to discuss some of his favourite and most influential tunes. He chose a theme of “uplifting BGM” or “uplifting background music”.

Michael Manring's fretless bass sound at the beginning of A♭ is pleasant to my ear. This is from Windham Hill's compilation album Sampler '86, which was a candidate for the Grammy Awards. This label, recommended by a friend when I was playing the piano in a high school music room, is one of my roots.

This was the theme song to one of Andy Warhol's ‘70s films. I don't remember what the movie was about, but this kind of music makes me want to take a walk – my favourite kind of sound. My latest album also reflects the influence of that sound.

The BGM of the children's TV program Hirake! Ponkikki, which I often watched before going to elementary school, “P’s March” was the first time that I experienced progressive rock. By the way, If you search on YouTube for "P's March", you can see my performance of this music. Please check it out.

From Windham Hill's 1987 compilation album Soul of the Machine. When I listen to this music, my favourite scenery of Tokyo Bay comes to mind, but when I searched the internet for it, it was also BGM made for the TV program of the 1988 Calgary Winter Olympics. The sequence of digital synthesizers is pleasing to my ears, and my latest album also quotes the method behind that sequence.

From the compilation album Sampler '92, during the matured period of Windham Hill. I like all the music on this compilation album, but this one is especially great. From this music, I feel overwhelming imagery, like a giant stone building, and a scent that I can't resist. Once I listen to it, I can't move for a while.

The glittering synthesizer sound of this song, like Haruomi Hosono's "Ginga Tetsudou no Yoru” [Night on the Galactic Railroad], is really amazing. This music is from the soundtrack of the French movie Canicule, but I have never seen that movie. I can always feel from this soundtrack the mysterious world of walking in back alleys. I wouldn't watch this movie because I want to cherish the image emitted from this piece.

Adopted as the main theme of the 1986 Shochiku movie Lost in the Wilderness. I feel that Philip Aaberg is a composer who can create melodies that are familiar to Japanese people. The flow from E-minor to D-major to C-major, the simple melodies, the snowfield or grassy wind-like passages – they are all his hallmarks and make him my favourite pianist and composer.