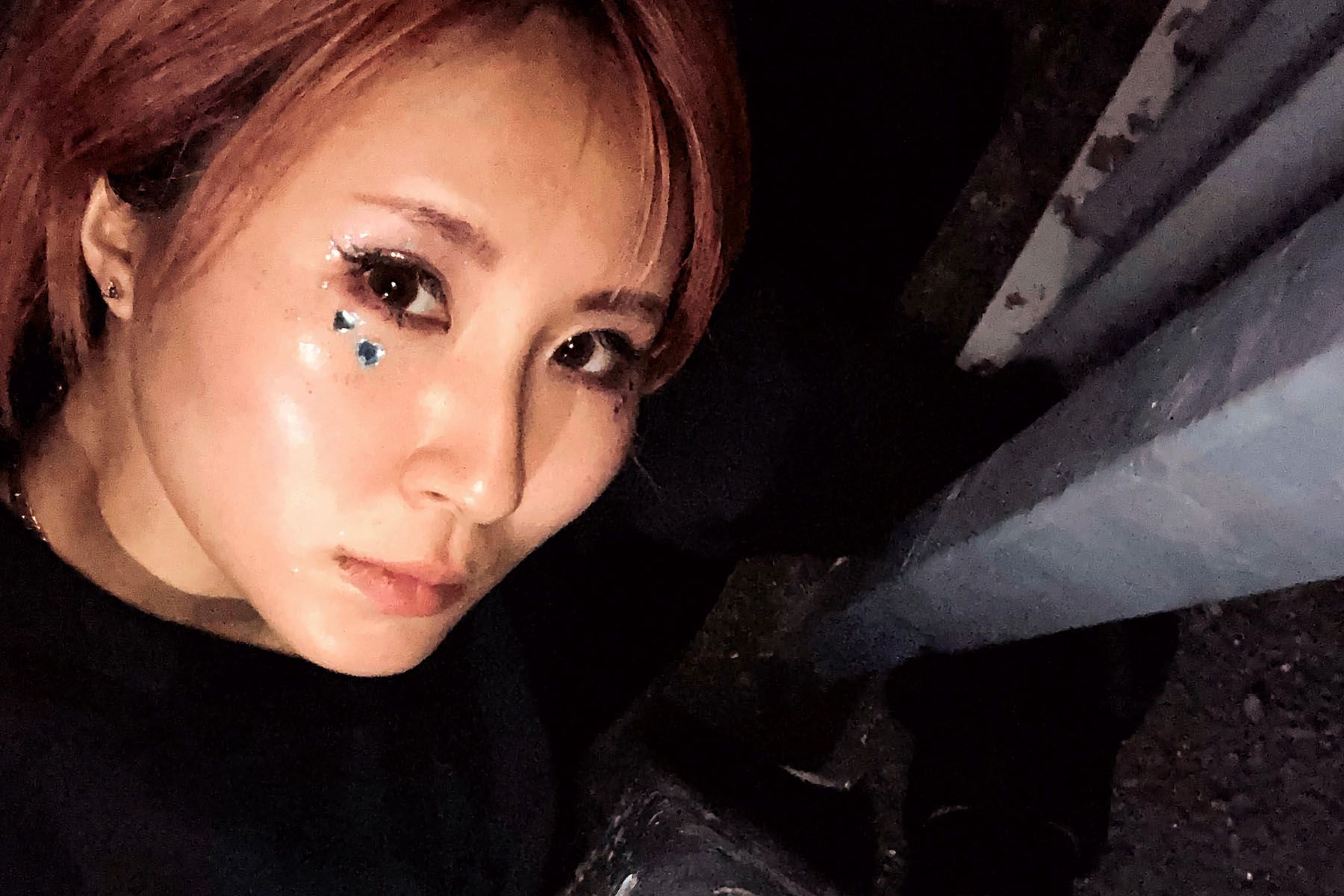 Kukurihime no Mikoto’s playlist delves into the angelic, heavenly and divine, and, in the process, reveals the inspirations behind the duo’s worldbuilding pop.

Kukurihime no Mikoto’s debut Ha ga tokeru yume [Dreaming of Melting Teeth] is an intensely dreamlike experience. Its glistening instrumentals bear the features of electronic dance music, video game music and progressive electronica, all wrapped in vaporwave’s sugary, warped nostalgia. Its vocals are substantially hip hop, though, flitting between rapping and singing, only escalate the record’s sense of unreality.

Kukurihime no Mikoto is a two-person musical unit consisting of Yoshi Okimura and Origami_Original. Okimura is the long-time guitarist of henrytennis, a prog rock outfit whose sound splays out into jazz-rock, math rock and indie. He’s the duo’s instrumentalist, laying down beats for the rhythmic, skyward vocals of MC Origami_Original.

Ha ga tokeru yume, released in February on netlabel Omoide, is already in contention to be one of the year’s best pop albums. Following that release, we caught up with Kukurihime no Mikoto to curate a playlist for the Glow.

Within a loose pattern of angels, wombs and pale hospitals, Origami_Original explained these selections as within the theme of “Music from Heaven”.

Also, the music video by HAVIT ART STUDIO is itself like a forgiveness of sins.

My mother listened to Susumu Hirasawa and Jun Togawa (who I will talk about later) when she was pregnant with me, so maybe my subconscious sense of heaven pre-dates her caesarean section.

I’m not good at linear sounds and shapes. I’ve always been afraid of guitar sounds and chequered patterns – I prefer sounds that are fluorescent, like circles and ovals. “The Girl In Byakkoya” appears to chip away at my fears of sharp edges.

Also, If I ever get the chance to play the laser harp, I'm going to wear makeup like a god.

This song sounds like I'm walking down a straight Tokyo street. I’m afraid of the sounds of big trucks and buses – they make me nervous as they pass by – but when I listen to “Inner Blue”, I feel protected from them. It veils my hearing.

I like the title "Inner Blue" very much, it coincides with the pale hospital in my mind. It’s always a gentle song.

All of the music mentioned above is broad and distant – but I feel that “Buds Montage” is the opposite. It’s cold, low and bulky, without much colour. The hook by DELTA9KID is very dazzling.

The lyric "God's breath blowing on my back, pulling my hand" is really angelic. I can’t help but be reminded of an underground statue from a Game Boy Advance game I played in my childhood, or a similar statue from one of Matsuo Suzuki’s musicals.

When I was about three years old, my grandfather used to watch a TV show and the opening song was another track by Himekami. Every time I watched it, I would do the accompanying dance – so my grandfather bought this album for me.

The divinity of Himekami’s music stems from his delving into the indigenous cultures of Japan. Although I have no memory of the Jomon period, it is strange to compare “Kaze no Kanata” with Namedaruma and wonder how god breathes in such different forms.

I knew right away that I had to include one of yuzuha’s songs in this playlist. Her EP feather is full of amazing little fairy songs that really slip through the cracks of my senses. I had a hard time deciding which of yuzuha’s songs to pick, but I chose “cocoon” because lyrically it sounds like a pale hospital in my head. I like it very much.

My mother is a Jun Togawa fan, so I’ve been listening to her music since I was in the womb. Togawa was almost my entire musical background until I started learning to dance at the age of eight and discovered hip hop and R&B.

As a child, I didn’t understand the metaphors and allusions in Togawa and Yapoos’ music but I felt that “Kondoru ga tondekuru” was a scary song – and I loved that feeling.

It was nice to listen to this in the car while my mother drove through isolated areas deep in the mountains. Heaven might as well be in the womb.

The last song I’m going to introduce is Sigur Rós’ “Untitled #1 (Vaka)”, which was used as the theme song for the stage production of Haruki Murakami’s Kafka on the Shore. I loved Murakami’s original novel, and I went to see the play many times because the direction of Yukio Ninagawa, an honorary professor at the university I attended, was really, really good.

The lyrics of “Vaka” are sung in a unique language that doesn’t exist, making you forget your earthly senses. Listening to it while thinking about the last sentence of Kafka on the Shore makes me feel the presence of God.