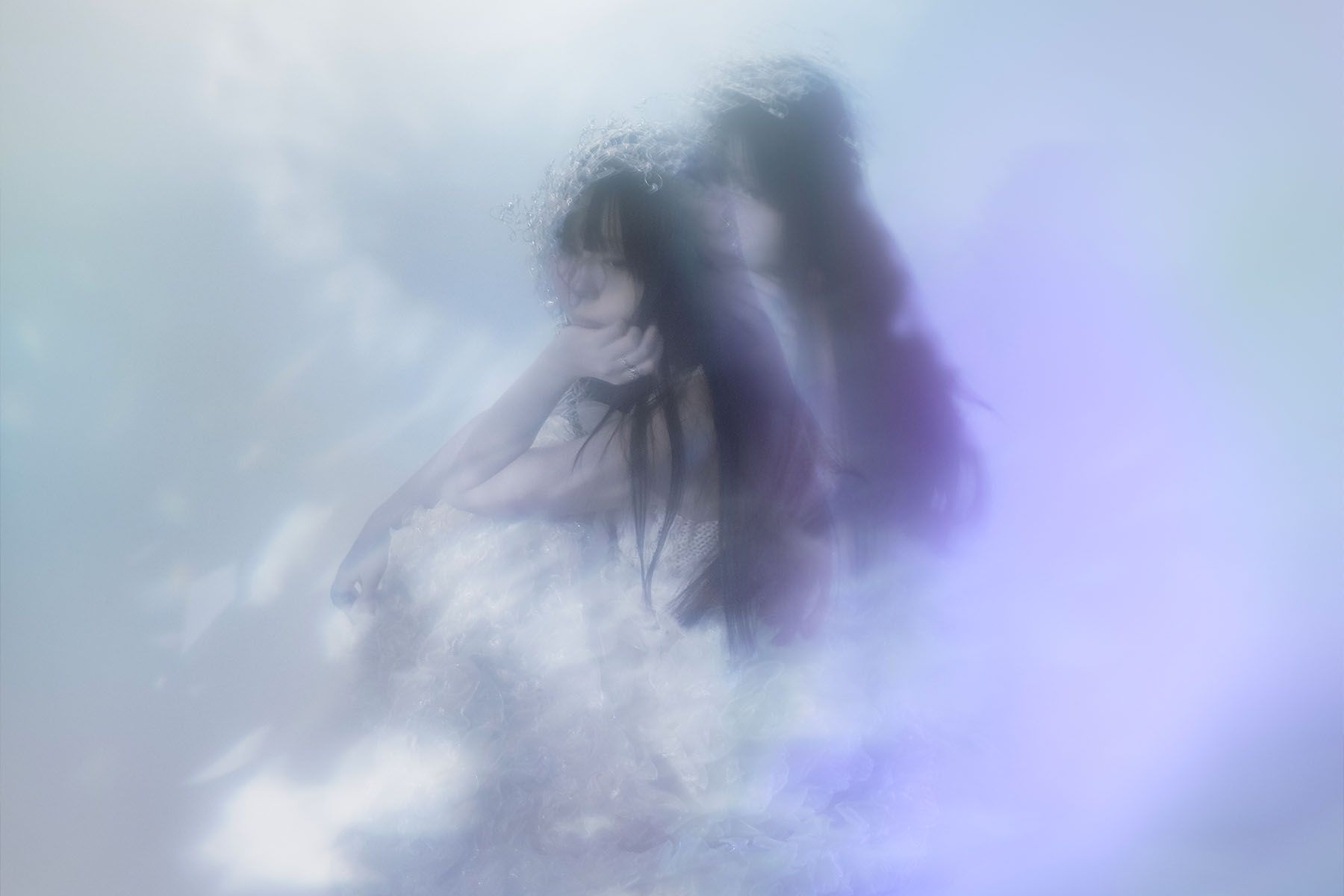 mekakushe’s heavenly extended play, released in 2019, teased an artist whose sound was potentially boundless. Chamber music and glitching electronica worked within the melodies and driving pace of pop. Untouchable ethereality was juxtaposed with the audible physicality of mekakushe’s piano play. The results were both bold and gentle, complex in their musicality and yet with simple appeal. But most of all, heavenly was most tantalising for its dozens of hints of what mekakushe might explore in the years to come.

While throughout much of the 2010s mekakushe released pop music as Hirone-chan, heavenly was her first release under a new alias. It was accompanied by a total transformation of style; since then, mekakushe has been gradually, almost systematically adding depth to the various sounds hinted on that release.

2021 has seen the release of the first full-length mekakushe album, Hikari mitai ni susumitai [I want to go on like light], a series of soft contradictions: classical and experimental, dreamlike and corporeal, subdued and urgent. And while it’s the fullest expression of her artistry yet, mekakushe’s music, crucially, remains enticing in its potential; keeping open the vast possibilities of what she could yet achieve.

The Glow caught up with mekakushe following the release of Hikari mitai ni susumitai to curate a playlist of her influences. Her selections are, given the nature of her music, unsurprisingly diverse, ranging from orchestrally-influenced pop (and orchestral music itself) to various strains of pop.

Bruno Major is one of my favourite artists. "Nothing" calms me down when I hear it,  a song that I want to listen to for the rest of my life. I adore his music, and wish I could make the same kind of gentle music that he makes, the kind that permeates deep into your soul.

I am influenced by the beauty of this song’s classical melody. When I write a song, the first thing I do is play it on a piano, to judge if it has a beautiful melody. “Amar Pelos Dois” is one of the best examples of piano-led classical melody.

When I was in junior high school, I would sit in the corner of the class and listen to this all the time. The influence I received from Sōtaiseiriron is immeasurable. Looking back now as a musician, I feel that the music of mekakushe is heavily influenced by the way Sōtaiseiriron applied themselves to lyrics and melody.

I am greatly influenced by aiko's free melody writing. When I was little, I bought a book of aiko’s sheet music and used to sing along with it – so aiko’s melodies are ingrained in my bones.

The next two songs could be considered my true roots.

Poulenc was a modern French composer. I love French music so much that I did my postgraduate thesis on Poulenc. He isn’t well known in Japan, but there are many wonderful piano and vocal works by him that you should listen to.

A lovely piano piece with a warm but slightly eerie atmosphere, I feel that “Litany II” has a strong French influence. I deconstructed the harmony of this piece and reconstructed it to make a new piece called "Ko jitsu biyori”.

This is the last song I want to hear before I die. I love everything about it: the lyrics, the melody, the piano sound – it’s like it was sent by god.

I know it’s a little presumptuous of me, but mekakushe is often compared to Akiko Yano, so I feel like her music has had a big influence without me even realising it.