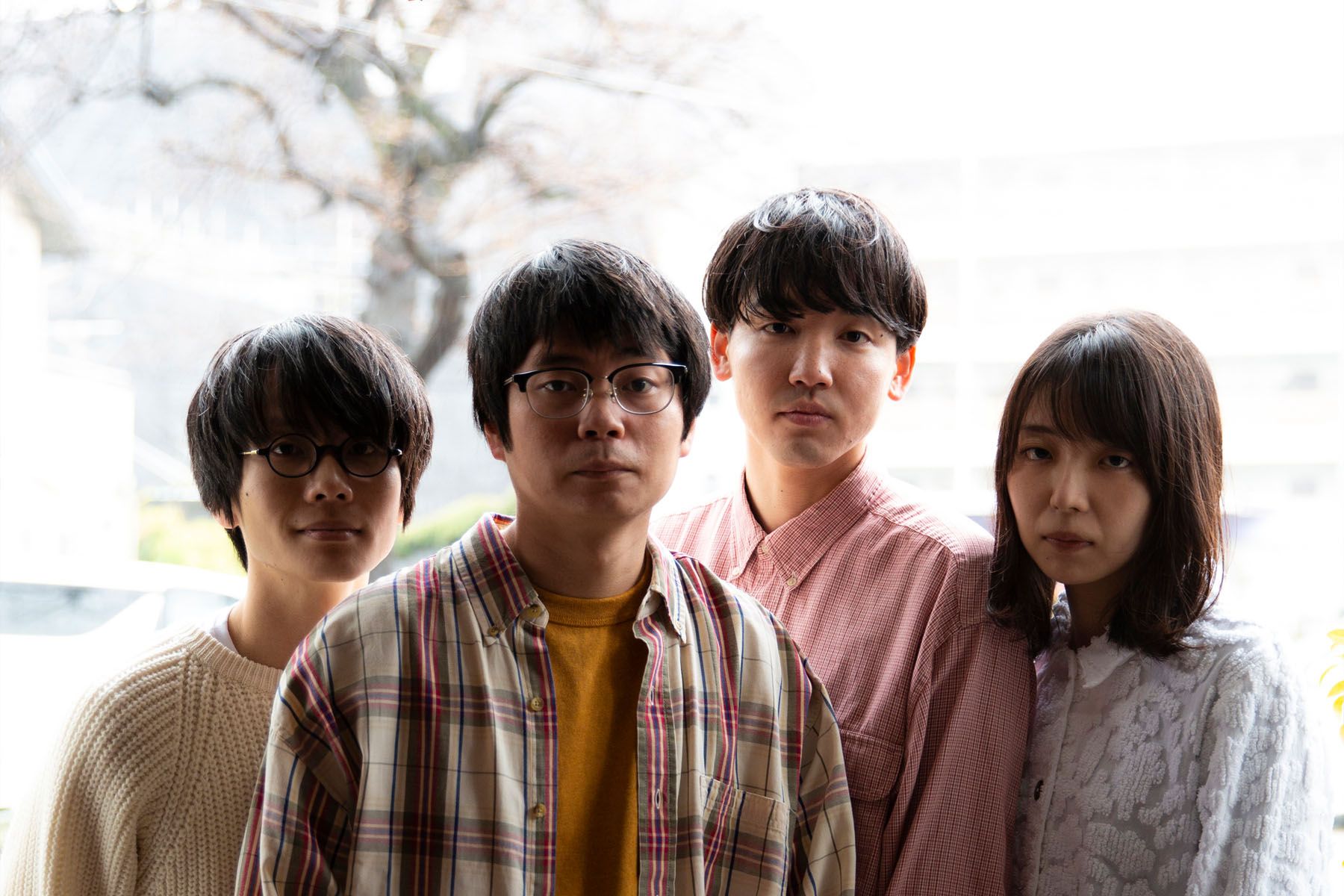 Dogs are an important influence and theme in the music of Taiko Super Kicks. Here are some of the band’s favourite canine-themed (and non-canine-themed) tunes.

Set out through the release of two albums in 2021, Ishi and Nami [Stone and Wave], Taiko Super Kicks’ music pushes together several styles through a lens with a distinctly light and soft focus. Dapples of twanging soft psych and echoes of classic ‘60s rock ‘n’ roll combine with scuzzy distortion and smacks of electronica – all recorded with an enveloping, cushioning dreaminess.

Ishi and Nami are separate albums with a lot of continuity. Nami leans more into a classic indie sound, a more conventional but still pleasurable listen, while Ishi ventures further into pretty, spacious electronics and ambience. Both records were mixed and produced by Takuro Okada, featuring his signature crisp, mellow production, and as such, both albums are best experienced as one. TSK’s late October release Nami・Ishi handily combined the two and, following that double album, we caught up with the band to curate a playlist.

TSK’s initial playlist theme was ‘dogs’, due to the influence of dogs over the group during the recording of Ishi and Nami. However, this idea proved a little too limiting, so they expanded the playlist to include wider, non-canine influences too. TSK’s playlist is split evenly in two, with four songs (one from each member) that remind them of dogs and four concerning the wider sounds of Nami and Ishi.

Songs that influenced Nami and Ishi

I aimed for a sound like a cool breeze sliding through one's skin. Akio Ohori (bass guitar)

I was influenced by this acoustic version, not the original version, of the song “Babylon” by OPN, featuring Alex G on the vocal, from the album Love In The Time Of Lexapro. I think their bold approach in this song – making acoustic sound coexist with noisy sound – was a good example for influences on Nami / Ishi. Taichi Kabayama (guitar)

I admire this kind of drumming, that could only be performed by a specific player. I can feel the uniqueness of the drummer from every single tone. Nozomi Kobayashi (drums)

I have been listening to Chris Cohen since his first album. I feel like their sound has some sort of quality that is dust-covered and smoky. I believe we could reach that quality in some of the songs from our new album and I feel very satisfied about that. Akisato Ito (vocals / guitar)

Songs that come to mind with the theme ‘dogs’

Dogs come closer to us when they look happy and we welcome them in the same way. I have a good time with dogs , but I also know that we will leave each other alone after a short while. Akio Ohori

I have touched dogs only twice in my life. The first thing that comes to my mind with the theme ‘dogs and music’ is the album cover of Parklife by Blur. Trick by Alex G comes next.

I used to listen to these albums in different periods of time, but both were impressive to me. Taichi Kabayama

Although there are many forms and images of 'dogs', this one is more like a stuffed animal, as appeared in the music video. It makes me think of deformed adorableness and unbalanced beauty. Nozomi Kobayashi

The first song that came straight to my mind with the theme 'dogs' was “Goodbye Bread” by Ty Segall, apparently because of its album cover. It reminds me of the days in New York, where I spent a year studying abroad. Akisato Ito