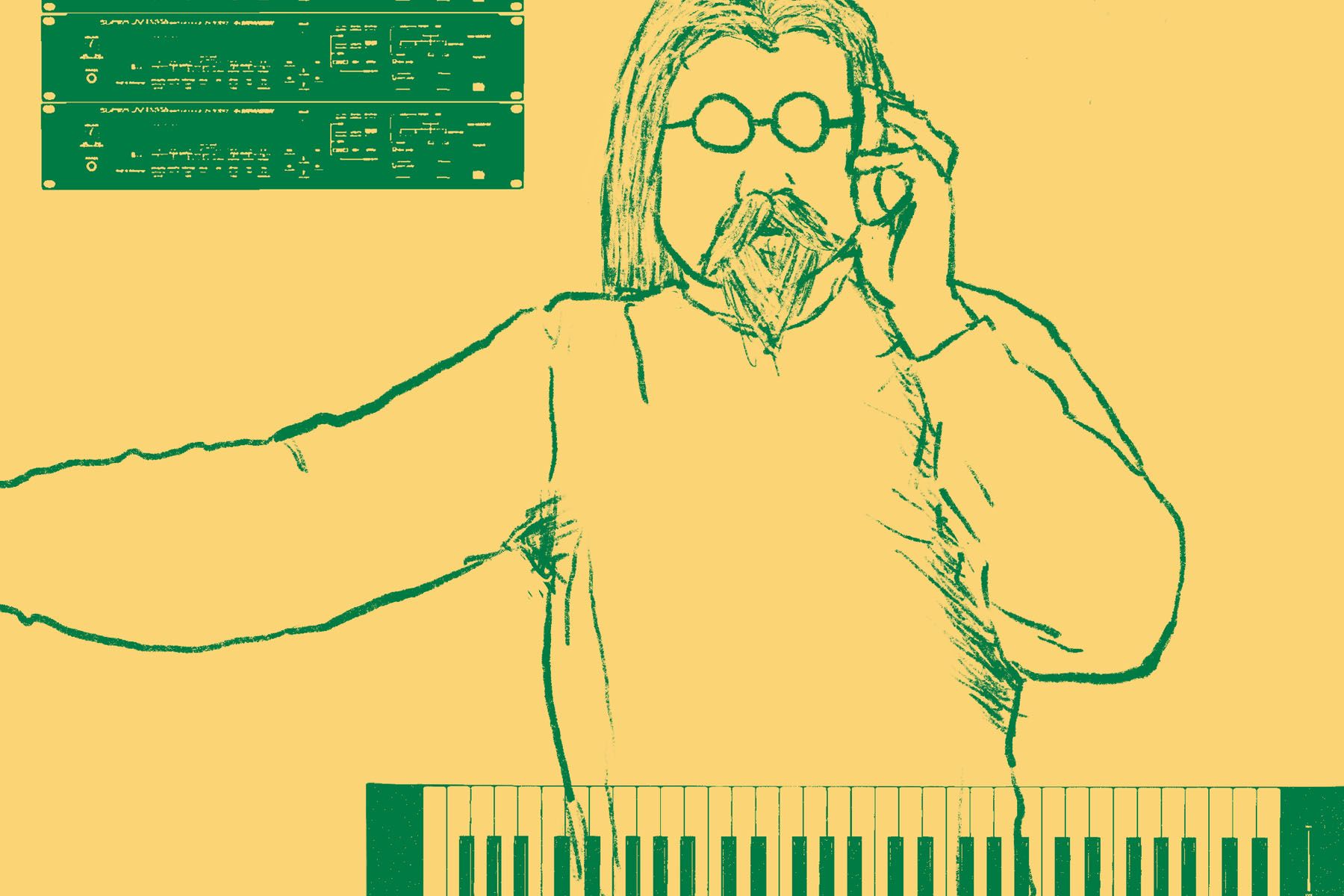 Twon Lake (Kei Ishizuka) is no stranger to cinematic and conceptual music. His releases often express the material or visual in audial form: last year alone, he musically explored the concept of water (Artificial Pond) and attempted to recreate dreams of summer memories floating on an open sea (Lost Summer).

Ishizuka’s 2021 EP White Tape expresses seasonal changes between autumn and winter. It’s yet another work of rich ambient music, its spacey textures punctuated by the tinkering of a synthesiser connoisseur.

Fitting for a producer of such cinematic and evocative music, Twon Lake’s playlist theme details some soundtracks that have had a lasting effect on his music. He explained his choices as within the theme: “Music from Japanese films that has influenced Twon Lake”.

The first track I want to give you is “Shōjo no omoi” [A Girl’s Thoughts], from the soundtrack of Studio Ghibli’s 1993 film Umi ga Kikoeru [Ocean Waves]. I’m very partial to these kinds of typical coming-of-age films.

Although, in 1993, Japan’s bubble economy had already burst, the film takes us back to the ‘80s when the economy was still booming. You can feel the cheerfulness and generosity of the country, which permeates the whole film, and you can observe the lives of young people in that era.

The song featured here is one of my favourites from the soundtrack, a wonderful track with a beautiful synthesiser and piano ensemble. It expresses the feelings of an anxious and uneasy but positive girl.

I recommend “Kitchen (Mangetsu)” [Kitchen (Full Moon)] from the soundtrack of Kitchen, a film written by Banana Yoshimoto and directed by Yoshimitsu Morita. The song starts at the beginning of the film, where a fridge emerges from a pitch-black room and a woman takes out a bottle of water. It’s a very beautiful scene.

The acoustic guitar and the Khan reverb sound effects make the song very personal – and a little tender.

Here’s the main theme from Deaths in Tokimeki, also directed by Yoshimitsu Morita. The song leads the film’s overall atmosphere of ‘death’ being interrupted by its counterpart, ‘freshness’. Its percussion and synthesiser bells sound very sad – in my opinion, it’s almost Japanese Balearic music.

“Silent Love” starts off with a sombre synthesiser phase, but as it progresses it adds piano, strings, vocals and other sounds. I think it’s very gorgeous and rich music.

The last song is “Clair de Lune”, from Tokyo Sonata, directed by Kiyoshi Kurosawa – a cover of Claude Debussy’s famous “Clair de Lune”. I loved the way it was used in the film; it was so moving. The film was very natural and realistic in that the salvation its characters achieved through music came suddenly and without context. If you like music, Tokyo Sonata is the film for you.